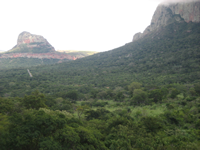 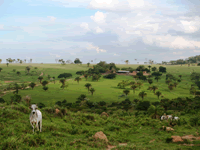 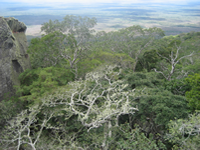 Located at a distance of a little more than 200 Km from the city of Santa Cruz de la Sierra, capital of the Department of Santa Cruz, the Jesuit Mission of Chiquitos, which have survived for more than three centuries, emerge imposingly.

La Chiquitania is a vast and extraordinary territory in which we are able to admire churches of the Jesuit period and where we find wonderful wood carvings and equally beautiful paintings of saints and scenes of religious life. These are real architectural jewels preserved by the people of these settlements, and which still keep cultural expressions from the period of the missions. For this reason the United Nations Educational Scientific and Cultural Organization (UNESCO) declared them as World Heritage Sites in the year 1990.

What is interesting and unique of these churches, is the fact that we are not talking about ruins or deserted places, but churches that still fulfill their religious function in populated villages. The Chiquitania Missions have remained as an extraordinary heritage, since they are the only Jesuit Missions in South America that were not destroyed as the missions located in Argentina and Paraguay.

The Jesuit Missions that preserve their temples and characteristics are: San Javier, San Rafael, San Jose, Concepcion, San Miguel and Santa Ana. Another great attraction of the zone is the Baroque Musical Festival which is held every two years (even years) and the religious Festivities which carry us back to the past because they use their typical dresses and play the instruments build by the inhabitants of these regions themselves.

There are tourist services such as: hotels, cabins and international communications. The highway is stable and safe. There are car rental services in the city and daily buses.